QUICK FACTS
IN THIS SECTION 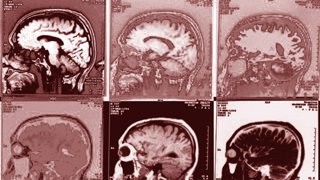 Psychiatrists claim that brain scans now show brain changes that “prove” mental disorders, such as schizophrenia and depression, are brain based. There is no scientific evidence to prove this: it remains what the “fine print” in the studies tell you: “suggests,” “may” and “it is hoped.”

“It is well established that the drugs used to treat a mental disorder, for example, may induce long-lasting biochemical and even structural changes [including in the brain], which in the past were claimed to be the cause of the disorder, but may actually be an effect of the treatment.” —Dr.  Elliot Valenstein, biopsychologist, author, Blaming the Brain

“Psychiatry’s claim that mental illnesses are brain diseases is “a claim supposedly based on recent discoveries in neuroscience, made possible by [brain] imaging techniques for diagnosis and pharmacological agents for treatment. This is not true.” —Dr. Thomas Szasz, Professor Emeritus of Psychiatry, New York University Medical School, Syracuse

“There are increasing concerns among the clinical community that…neuroscientific developments [do] not reveal anything about the nature of psychiatric disorders….” —Dr. David Healy, psychiatrist, director of the North Wales Department of Psychological Medicine